denpen Member Posts: 389
11. Aug 2009, 15:16 edited 22. Aug 2009, 10:16 in Benefits and Working Matters archive
Hi
I am due to have a THR in a few weeks time, I have had my pre-op and I must confess due to Knowing what back stabbers and a gossip that my collegue (C) is, and manager can be, I only divulge as much information as necessary to them. I do not have a date for my Op and I received a phone call from the hospital for a appointment, so I had to swap my shift with my collegue (C) so I told her that I had a appointment, from there she assumed it was for my pre-op, she told my Manager that I had the appointment for a pre op, Then she told another member off staff who has been off on holiday for 2 weeks whom I worked with yesterday that I have got a date for my op.??? "Hello" all this without me saying a word. Collegue (C) told me today that she cant believe that the hospital "Keeps ringing me asking me to come in for appointments" and she thinks this is stange. Well it is strange as it has only happened once and that was todays appointment
Ever heard of the saying "keep your friends close and your enemies even closer"
DP.
0 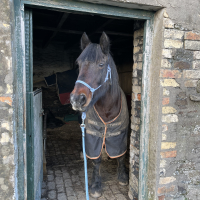