Should I feel guilty

lovehearts Member Posts: 20
6. Feb 2010, 04:33 edited 7. Feb 2010, 08:09 in Benefits and Working Matters archive
Hi everyone
I had been off work for nearly 7 months due to two operations but because I was taken off all my medications my RA really flared up which caused me to be off work even longer.
HR agreed on a Phased return to work, I work full time, they said the first 2 weeks 9-12, then 9-3 and when I feel ready to go back full time as long as it didn't go on for months. I have to work alternate Saturday's all day too but nothing was written in stone about my Saturday's as yet. 2 weeks ago I returned to work, the first week working 9-1, then because I started to feel guilty about how much time I had off, I said I'd do 9-3 the next week. Yesterday I said that as from next week I'd go back full time which they seemed pleased about. We had discussed that I would start my Saturdays as from next Sat. This morning I got a call from another manager saying that I was meant to be working this Saturday. I told her what had been agreed but here I am feeling so guilty, should I ring up and say I'll go in, I really don't like letting people down but feel as though I've made an effort by saying that I'd go back full time earlier than what I should. I just wish that I didn't feel so guilty and could just say that it's their mistake from getting their wires crossed. What would you do, do you think I've done the right thing? 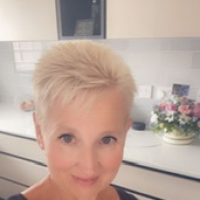