I just read about the above actress as we watch Emmerdale when eating tea. There had been comments made about her weight, that she'd lost some and had to admit it was true. It turns out she is on lighter life diet of 500 calories a day, not real food, shakes, bars etc....Which i personally think is the wrong way to lose weight but all the same well done for realising she needed to do something, weighing in at over 19st this year, she has at present lost 2stone.
Now then, what i dislike about this is that prior to that she had a new hip done about 6 years ago and she is only about mid 50's now. She had always maintained that her surgeon insisted her weight had not made the condition worse (yeah right, dont take a genuis) and that she had the op on her own medical merits (which means she had money and got it cos she paid for it).....Now she's doing a u turn saying she basically wore her joint out cos of her wieght but why not just be honest all along? It annoys me when i struggling with weight issues, not 19st but people with money shouldnt be like this, it paints a bad picture for people with joint issues and struggling to get treatment on the good old NHS....
Still like i say she is losing it then she'll pay to have all her loose skin removed cos apparently she wanted to lose 8stone... 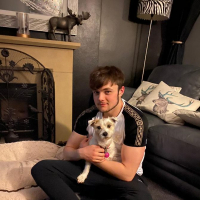