lulubell69 Member Posts: 110
14. May 2013, 03:56 edited 17. May 2013, 21:41 in Benefits and Working Matters archive
Hi folks
I'm 44, RA for 9 years and I've really struggled to stay in my job for 10 years. In total my sickness has amounted to about 4.5 years. Long story. Anyway, on day in February I struggled into work,burst into tears, collapsed into the nearest chair, held my hands up and said 'that's it, I've had enough'. Within 3 hours my manager had me at HR where I stated (rather bravely) I wanted I'll health retirement, tier 1. One stress free medical, letter from my consultant, and woohoo, I was offered tier 1.
I was given figures for a weekly pension and lump sum and nearly fell off my chair. They've made a mistake I thought so I rang them to confirm. Sure enough, she said there had been a discrepancy and they were checking it out - just my luck!
A week later I received a letter informing me that my lump sum had INCREASED by over £2000 as well as an increase in my weekly pension.
No stress, no problems, doctor lovely. Wish I could say the same for my next battle - ESA. Arghhhh.
0 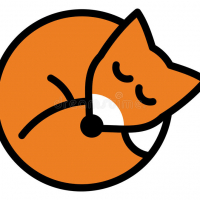