I was diagnosed with PsA when I was 23 - I am now 26, and have worked the entire time I have been ill. As a result I have had high sickness absence (we have a yearly number of sick days, which I haven't gone over, but then also a trigger level of number of instances and duration of each instance).
I have had an essay's worth of problems with the organisation i work for regarding sickness levels, being forced to reduce contract hours then denied the chance to start working longer hours again (quite a lot under the guise of being 'for my own good'). I've been shuttled back and forth between HR and Occ Health, and it has been a long battle to make sense of the situation I have found myself in.
I recently declared myself as disabled at work - a move which I had not been keen to make, but felt that I had no option than to take. I was advised that because my condition affects the amount of sickness I have (although NOT my ability to work when I am in work), it would be the best way to avoid any discrimination from HR.

I did that, and as my manager and HR were unwilling to do their job and set sickness level targets, Occ Health cobbled together some target numbers (based on the years sickness report). HR accepted this, the contract got changed and I am now allowed to make the decision of when I go back to doing full hours every day. WIN, or so I thought.

I recently had another review with my manager, and was informed my him that I was currently on my trigger level for sickness absence, and that I should know that it could lead to my dismissal for inability to do the job. I was also told I would be given another month, and then they would average out the absence level. I wasn't told that I was under any disciplinary review or procedure (so I presume I'm not, at the moment), and also I wasn't given any information that there would be, only that I could lose my job.

Does anyone know how this kind of dismissal works? What kind of process should be happening - should I be expecting unemployment next month, or is there a set review procedure that has to happen first? The sickness targets I'm about to go over were put together in five minutes by myself and an Occ Health advisor, based on the number of days I have previously had off for arthritis, tonsillitis, general colds - unfortunately I do seem to be prone to getting different things.

I'm just not sure what to do at the moment. I feel that I have spent a lot of time struggling recently, but that no matter what effort I make it's never quite enough. I've always been encouraged to work, even when I probably could have just got a doctors note and taken time off, and the idea that I might be found unfit to work when I know I could offer a lot upsets me. I dread the idea people think I'm being lazy, or taking advantage of my arthritis to sit back and avoid work.
0 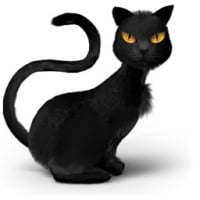