nicolag262 Member Posts: 3
3. Mar 2014, 14:50 edited 8. Mar 2014, 11:14 in My child has arthritis
Hi am new onto the forum... my name is Nicola and my 9 Year old daughter has suffered from CRMO since she was 3 and as a by product of this disease now also suffers from arthritis. Areas affected are her knees, groin, ankles and is looking like possibly her jaw now too.

She attends dr rooney in musgrave though I am considering seeking further consultation as while there is a big improvement in her compared to her bad crmo days I feel that is all they focus on now in the clinic visits and her day to day suffering is overlooked. She was on feldine though has been taken off with no replacement as we think it was starting to cause breakouts of sore spots on her body.

Really just looking for some info on other people's experiences... doctors seen, meds used. .. diet changes... anything really on how to make life a bit easier for my little girl. Also maybe in some contact with another similar aged kid for emily... we tried pen pal through crmo page but letters never made it from America! 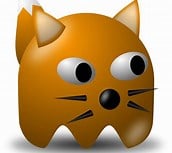