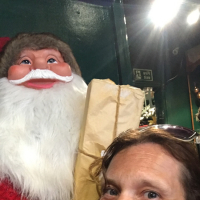 lynnemarie1123 Member Posts: 295
22. Sep 2015, 16:37 edited 23. Sep 2015, 10:41 in Living with Arthritis archive
Hey guys x today I've visited to pain team for the first time ! After being referred from
My rhumy and following results of a MRI on my spine and hips, which showed disc bulges compressing on my spine and inflammation in my pelvis although not active. The rhumy/gp thought a caudal
Epidural would ease the disc bulges but today's consultant disagreed and didn't think it was the disc bulges causing the problem! Was more the issue with my sacroiliac joints. He suggested cortisone injections in both joints for now.

He also said they would be a opportunity of fusing the joints to allow a longer lasting effect ?

He said it was almost definitely caused by my inflammatory arthritis and not mechanical as my rhumy originally thought - I endured hydrotherapy , acupuncture and physio but to no effect.

I am pleased we seem to be taking a step forward.

My question is -has anyone had anything similar ?