My name is Vikki. I was diagnosed with osteoarthritis in both knees in January 2016 when I was 32. It was a bit of a shock after spending two years being told by GPs and physios that I had "women's hips" which was causing my knee pain and discomfort (!!).

I was discharged immediately by the consultant after this news was broken and not given any advice or support. It has gotten worse in that time, and I had further x-rays earlier this year to see what's happening. I am unclear about what the x-rays said as they came back saying "she has OA" - which of course I already knew. I got referred to the lower limb service, but as I was moving out of the area and an appointment wasn't available until after my moving date, I didn't see anyone.

Since moving I've seen my new GP who was dismissive and grudgingly referred me for physio (although not heard anything yet so I have no idea if she has / how long the waiting list is / what they can do to help).

I have only co-codamol for pain relief as I can't take anti-inflams and despite having asked for further advice on pain relief this has not been forthcoming - the co-codamol wasn't even prescribed for the arthritis!

I'm almost 35 now and as much as I like to be active, it's getting more difficult. Walking for longer than 10 minutes causes pain and fatigue and certain movements cause incredibly sharp shocking pain in my knees. Stairs are so painful.

I feel like I've hit a brick wall in terms of help. Is this just going to get worse until I need replacements?

I would really, really like to hear from other people in their 30s with knee OA as I haven't met anyone else as yet.

I'm generally a fairly positive person, so I really hope you all don't think I'm a big gloom merchant with this fairly whingey hello! Hopefully I can be of help or support to others in the future.
0 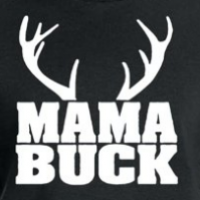