I received a phone call from my surgery today saying following my blood tests yesterday I should stop taking methotrexate (20mg once per week) immediately pending specialist advice.

Needless to say receiving this less than 24 hours after my latest blood test concerned me so I asked for further detail. Unfortunately it's couched in language I don't really understand. The GP's letter to the rheumatologist says "His recent monitoring bloods show his ALT has risen to 110 and as per the guidelines given to us when he started the drug we have advised him to stop treatment and recheck his liver function."

Obviously this has something to do with the liver and there have been a couple of times in the past I've had to retake blood tests as I've been slightly above the expected or acceptable range but these have always come out okay. But this time the advice is to stop immediately.

I don't know what ALT is but I asked what the acceptable range limit was and was told 55. I then asked what my previous reading was seeing as this one was twice the limit and was told 81. That was in October as regular monthly bloods have changed to first two months now three on account of Covid pressures.

I'm a bit annoyed that with a previous reading that looks well in excess of the acceptable level that I have been allowed to continue with mtx for three months - ironically I last saw the rheumatologist a couple of days before the October bloods. Shouldn't I have been advised to stop then? Or at least retake the tests?

Being told to stop taking mtx immediately now has me worried as to what might be wrong with my liver. As an aside I'm thoroughly annoyed that having shielded for so long and as a non-driver not being able to even go anywhere by train or bus for close on two years on account of methotrexate I've now got to stop taking it. Makes me feel like I should have done it at the onset of Covid and thus had no greater restrictions placed on my life than the public in general.

I would appreciate advice on what this ALT means and what other treatments are likely if I have to give up mtx for good. 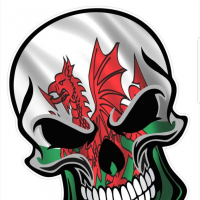