mellman01 Member Posts: 5,303
23. Nov 2010, 15:58 edited 25. Nov 2010, 04:22 in Benefits and Working Matters archive
It’s one thing after another honestly it’s getting stupid now, I was sent back to the surgeon who operated on me 3 years ago as he asked to see me once more before he wrote to my company OC health Doctor, this is a report he seems to have forgot about so I e mailed him asking what was happening and did he want to see me again?, well hey it’s only been 6 months!.
Anyway he was slightly odd about things is all I can say, he couldn’t remember that he should have written a report to my company Doctor when the last time I saw him it was the reason I went!, also he sent me for second opinion but he didn’t remember that either!.
And to rub salt into the wound his advice is if I’m having trouble at work which I am then for peace of mind and my mental health he suggests I look for another job as it’s not compatible with me and it’s dominating your life, yeah not s%$t!.
I tried to tell him that HR have given me two options either ill health retirement or sack through incapability so his recommendation?, leave, move jobs!!!, What??!!.
I explained that there is a possibility of ill health retirement but he wasn’t interested in getting involved he said he could only write a report based on the state of play and that it’s obvious the job I do now isn’t compatible to my OA but that was it, he can’t suggest ill health as an option and he wont operate on me which I already know, I asked about long term sickness but again it’s not his bag he said he can’t suggest it or sign me off so I am stuck with the same cycle of going sick from time to time and waiting for HR to start proceedings against me, well I guess I could move, now lets see who wants a cripple who can only work part time and not walk about and isn’t in the best of mental health!?, any takers no I didn’t think there would be, the only thing that may help was he did say that the work I am doing isn’t of any good for me and he would say this in his letter to the OC health Doctor, why do I feel I have been thrown to the lions here?.
0 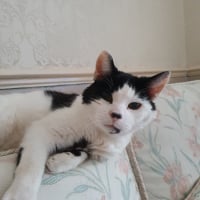