lucysmum Member Posts: 24
5. Jan 2011, 06:48 edited 6. Jan 2011, 16:46 in My child has arthritis
Hi all I hope you all had a good christmas and new year x x x
Just before christmas Lucy had her review and while she is tons better than she was we are still having flares with her hands and jaw (primeraly).
Lucy's meds are now going to be changed, I am ver vervy for her, i just hope it helps!!

I am having problems too trying to get her to do her physio at home, as the school now apear to have stopped helping all together!! grrr I was wondering how everyone manages to get their kids to do it. Lucy is VERY strong willed and even a talking to by the physio seems to have had little affect! Whenever we get on to do exersises it ends up in ww3! I am no push over and can be quite strict but i have tried everything treats, bribery, explaing it is good for her, as she is 8 and does understand, but she still puts up such a fight it makes it so hard. Has anyone out there got any good tools they use to make them more fun?? We just got a wii fit, are they any good?? She really needs to help hersel as her joints are never going to get better if she does not.

Thanks for any advice x x x
0 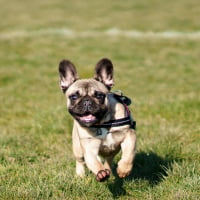