I have systemic juvenile idiopathic arthritis 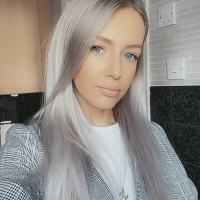 CarlyJane1996 Member Posts: 3
14. Dec 2013, 18:58 edited 6. Feb 2014, 18:02 in Young people's community
I am a denial aged 17 soon to be 18, in 2012 I gradually started to fall ill getting worse and worse this started with a serious chest infection which then I started to feel tired and constantly drained I then stopped eating and lost loads of weight my mum was taking me to the doctors and they were doing blood test after blood test which were all coming back perfectly normal so my mum thought it was because I did not want to go to school until one weekend I was lay in bed and couldn't keep any drinks,good anything down I had constant nose bleeds and could not physically move. My mum then took me to the emergency doctors who sent me straight to the hospital I went to stepping hill hospital in Stockport who did test but couldn't find out what was wrong so they then sent me to Manchester royal hospital in Manchester once I got there they found a huge lump under my arm and when my mum explained all my symptoms they told her to prepare her self as they thought it was lukemia I had gotten this bad with it I nearly died and ended up in intensive care fighting for my life they then did a bone marrow to try and find out what it was, when they test came back I got the all clear but it was I fact systemic juvenile idiopathic arthritis and I had a severe case of it now that they knew what it was they put me on steroids, methotrexate and anikinra to treat the illness and I had physiotherapy to help learn to walk again after being on the medication for a year I the name off it and have been perfectly fine until recently, just 4 weeks ago I started to feel ill again temperatures started,joint pains ect and I went to hospital which I was admitted they did test and my spleen and liver were enlarged again my white blood count was also low and they were extremely worried about me not eating they wanted to tube feed me but I refused it, I am now at home still not well in constant pain and crying because it scares me I have to go back to the hospital on Wednesday to have more bloods done and possibly starting new drugs they are also considering doing another bone marrow, I'm just wondering if anyone else has been through the same sort of thing as it would be nice to speak to someone who's experienced it and understands
0