bubbadog Member Posts: 5,544
24. Sep 2016, 04:38 edited 25. Sep 2016, 05:32 in Living with Arthritis archive
Well I got through my 2 appointments and my Orthopaedic appointment was a positive one. Arrived at the hospital and one of the nurses who I've become friendly with over the years grabbed my wheelchair and said I'll take you straight through! Which had me laughing and the poor receptionist followed us and said to the nurse 'I need her letter to sign her in'. I only had to wait 5mins and Dr Guha called me in. He asked me how I had been and I told him and said I really need to sort this toe and ankle fusion out. And he looked at the recent X-Rays and said we certainly do! He told me my left foot has chronic Arthritis in it and needs the fusion A.S.A.P, I told him we are going away in January so need it done next month really! So he has put me on the urgent list (as he called it). He also told me I'm a grade 4, it's graded 1 is good up to 5 which is dreadful!
He also mentioned my left knee which he said the recent X Ray and M.R.I scan has shown up bone floating and the knee cap has sharp edges on it. So he wants to do a Arthroscopy and get it cleaned up and if he isn't happy with it he will talk to me about the possibilities of what to do. But that is to be sorted at after the foot and toe Op. So yes a very positive appointment! 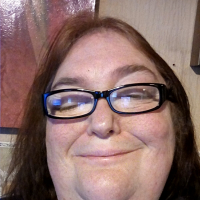 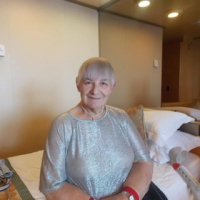