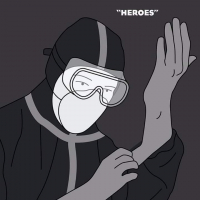 They didn't even notice :shock: Just got out and walked away... Now me, being a nosey bugger had to look.
Sure enough,a nice big crack in his bumper :roll:
I also noticed quite a few others, probably done in a similar way. Lol
Maybe that's his breaking system? Haha

I did tell him, his wife just rolled her eyes as if to say "again"
He had a look, and said, "oooh, that one wasn't there before"