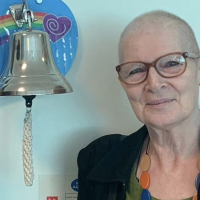 mig Member Posts: 7,152
17. Sep 2013, 05:57 edited 26. Sep 2013, 14:26 in Community Chit-chat archive
Our trip to Glasgow to a golden wedding party was truly amazing ,the daughters had told their parents that they had a free meal at the hotel where the party was,my hubby had been best man at their wedding but they hadn't seen each other for 47 years or been in contact,so they didn't know that their family had tracked him down so when we walked in there was total puzzlement and then the bride realised who it was and screamed but hubby and the groom looked at each other both shook their heads their eyes filled up and then there were man hugs ,after it was like the years in between never happened.( they first met when they started secondary school ).Mig
0