On the sofa: time to chat about TV, Films etc

I spend a bit of time watching TV due to mobility issues, and I'm sure there's a few others in the same sofa-shaped boat.


The TV has always been sat there in the corner of the room since the 1930s (for some lucky people anyway), babbling on and helping to keep us in touch with the world - or sometimes escape it altogether!

Thought it would be good to talk about what you do and don't like, any memories you have - and maybe even help people discover a new favourite to settle down to when they can.


I'm going to start with my biggest TV love of all... Doctor Who.

I don't expect there are many people who haven't seen or at least heard of Doctor Who. It's been around since Saturday 23rd November, 1963.

If I say 'Doctor Who' to you, there's probably a few things you think of: a blue police box. Those robot things (Daleks). A long coloured scarf, or cheap sets and rubber monsters. Or David Tennant.

An alien from the plant Gallifrey called 'The Doctor', who can change or 'regenerate' his body when he'd otherwise die, exploring the wonders of the universe in his time machine whilst getting chased by monsters.

I started watching Doctor Who when I was 5, and I still watch it now. It scared me, but it was exciting and mysterious, and it felt like The Doctor might just turn up at the corner of your street when you least expect it and who knows where you might end up.

Of course, that never happened (or hasn't yet), and if you ask two fans of the show why they watch it, the chances are they will give you two different answers. If you ask me why I watch it now, it's because it can still sometimes give you that feeling you had when you were 5 - and it can be scary (for the kids), funny, brilliant and rubbish all at the same time! Because it can go anywhere and do anything, you never quite know from week to week what you're going to get. The show was also a very early pioneer of electronic music, but that's another story.

There might be times you don't like it, but there's always usually something to enjoy. And if you're not enjoying it on TV in its current form, well there's 50 odd years of stories on DVD, books and audio adventures so you may never run out!

The current Doctor Who is a 59 year old Scottish actor called Peter Capaldi, and the newest series is currently airing on BBC1 on a Saturday night. If you can grab your child or grandchild to watch it with, even better!


I'm sure we like all kinds of different things between us; so what other TV or films do you think people should try - or avoid! - watching? (The answer to either of these can be 'Doctor Who'.)
0 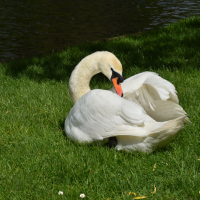