tablet and pen use on computers/usability aids question 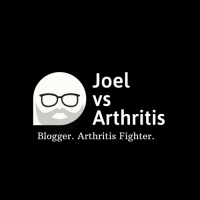 I am an IT Manager by trade - my Drs talked me into an IT career path as a 14 year old as 'it was the future' they told me at the time and would help me with my ability/capacity to work despite what happened with my conditions (how right they were!) so my role is pretty much entirely desk-based at the computer all day.

I use things like mechanical keyboards and handshoe mice that work really well however, my fingers are starting to twist and warp from PsA and my wrists are now fusing, limiting movement and increasing the pain with daily use.

It was suggested to me to try using a tablet and pen as a pointing device - much like illustrators or graphic designers use - however, I've never had to purchase one before so I wondered if anyone on here had any experience of them or recommendations.

From my research, Wacom seem the best blend of value for money and quality but I'd appreciate any advice.