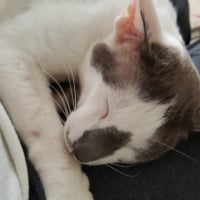 I have had several calls from 'Microsoft' in the first few calls they told me that I was running an illegal copy and that it had a number of viruses in the back ground, they insisted I switch it on and they would guide me through with instructions on how to get rid of the said viruses! I refused point blank to which the female got very confrontational so I put the phone down, a couple of days later a man rang with the same 'speech' this went on with three more men calling. Now I'm getting very irritable with the whole thing and ended up by having a row with the last one, telling him in no uncertain terms to leave me alone.

I have just had another call saying I should sit infront of my computer and follow his instructions, to which I said NO, and said he needs to tell me where he got my number from. Oh dear he didn't like that question and went on to say that I will have to expect my computer to crash and there would be no way I can rectify it, this WILL happen in the next half an hour.

I am so fed up with foreigners telling me what to do with MY computer!! grrr
0