Does claiming welfare benefits put you off getting more active? 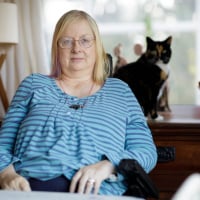 The current welfare system puts off disabled people and those with a long-term health conditions from being physically active. Many are concerned that, if they engage in any form of activity, they will be perceived as having a lower level of need for support, their eligibility for welfare will be challenged and that their access to their current benefits will be stopped.

Share your experience so we can inform the Department of Work and Pensions.